The History of the Modern Day Swimming Pool

The origin of the swimming pool can be traced back to 5000 years ago. Back then, they were better known as Baths. In fact, the first recorded swimming pool ,otherwise known as the great bath, was located in the Pakistani civilization of Mohenjo-Daro. The swimming pool is believed to have been used for religious purposes. The bath was made of large bricks that were plastered and a water resistant membrane was added in the construction to prevent leaks. The bath attracted a lot of attention. The Romans and the Greeks later on transferred the idea to their regions and established bathing holes in their respective locations.

Swimming pools – or bathing holes as they were once known – were not used for leisure swimming until the first swimming competition was held in Great Britain the 1800s. This marked the beginning of leisure swimming and competitions alike. Competitive swimming spread across the globe. The 20th century marked the innovation of new pool ideas and filtration systems. This century came with new technology and better inventions that improved swimming pool building techniques and made them very affordable for homeowners.

Swimming pools in the U.S became very popular after the Second World War, and Hollywood movies further emphasized the role of have the swimming pool as a status symbol. Since then, swimming pools have evolved and are present around the world. The high demand for swimming pools has pushed builders to find easier and cheaper ways to construct them safely and efficiently. The design of the swimming pool has gradually changed, depending on the needs of the client.

The design of swimming pools has been constantly changing due to improvements in technology and pool construction practices. These changes have reduced the price of pool construction and have made them highly affordable. Today there is a huge variety of swimming pools to choose from, ranging from saltwater pools, infinity pools, inground pools, underground pools, and indoor pools.

The history and invention of the swimming pool have led to further research and changes in technology used in the construction of pools, making it possible for people to have a swimming pool in their backyard or even on their roof.

Home Blog The History of the Modern Day Swimming Pool 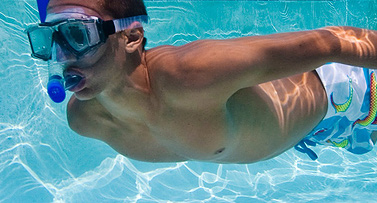